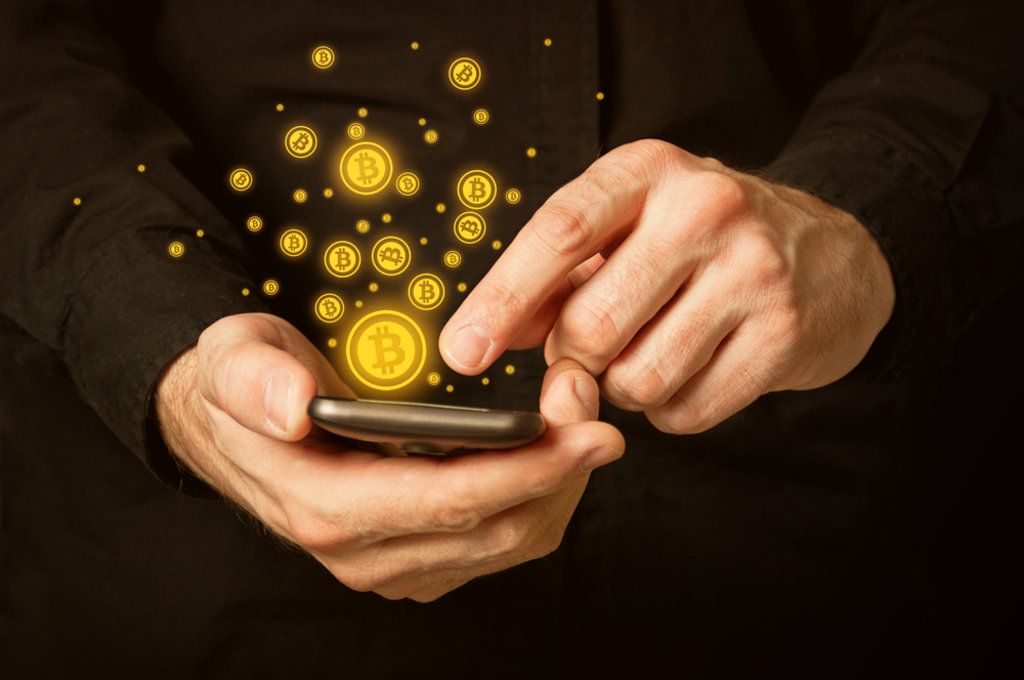 Cryptocracy: Why ICOs are the New Religions of the 21st Century

Bitcoin: the origins of its founder are murky, the inventor’s identity is not truly known or confirmed, and yet the cryptocurrency has disrupted our modern financial system in ways that we have not seen since the creation of the USD. Human nature dictates our resistance to change; we didn’t want to admit the world was flat, we balked at the notion of abolishing indentured servitude and slavery, we deprived women of their voting rights until a little under a century ago. There has been more than just resistance to the wave of emerging cryptocurrencies, ICOs, the blockchain and mining. Jaime Dimon announced that bitcoin was a fraud; Howard Marks views bitcoin as a speculative bubble; Ajay Banga declared “non-mandated” currency is junk.

The uproar and controversy surrounding cryptocurrency is not so different from the chaos Jesus of Nazareth created when he began to proselytize a new religion. Jesus began his ministry in Galilee, after returning from the Judaean desert and avoiding the temptation. He was not merely a self-professed messiah with such outlandish claims that no one would follow him; Jesus was a man who could build a following. His ability to appoint apostles, disciples and delegate a program to spread the word that the Kingdom of God was coming, frightened the established government. Simply put, Jesus threatened the existing norm.

Fast forward to Muhammad, the founder and messenger who brought Islam to Arabia circa 620 A.D. In Mecca at the time, most people were polytheists and worshipped idols. At this point in history, the Arabian Peninsula consisted mostly of tribes. In the pre-Islamic era, the polytheists believed that their gods and goddesses protected their tribes in the harsh, arid climate of the desert. Muhammad began to antagonize idol worshippers the moment he began to condemn the so-called gods and goddesses. At first, tribes and local authorities ignored his preaching, but over time he attracted more and more followers. His growing popularity threatened the establishment and eventually led to his persecution.

The comparison between cryptocurrency and religion is intended to explain the enormous pushback and skepticism surrounding the arrival of something new, different and potentially threatening. Let’s take a closer look at the history of our established financial system and our beloved currency, the USD.

In 1775, the Continental Congress issued paper money to finance the Revolutionary War. The money was backed by “anticipation” of tax revenues. As you can imagine, without any solid financial system backing the currency, this paper money destabilized and quickly became devalued. By the end of the war, the currency was defunct.

Skip a few decades ahead to the Coinage Act of 1792: this law directed the United States Mint to create money from certain metals. Today, we know these best as quarters and dimes.

A few years after the Mint created our nation’s first coins, the first official gold coins were created. Though you don’t see gold coins too frequently today, collectors still value them.

In the mid-1800s, the Republic of Texas printed “Star Money.” Star Money wasn’t fiat currency, but instead these notes were interest-bearing. By 1838, Texas had issued change notes with elaborate designs on the front and blank backs. These came to be known as the Texas “Redbacks.”

After 1836, state bank notes became the predominant form of currency. These notes became problematic; they were easily counterfeited, and no federal banking regulations existed at the time. This period became known as the Free Banking Era. The average lifespan of a state bank was five years during the Era. The public did not trust banks, and they showed their distrust by removing money from the banks.

Between 1861 and 1913, when the federal reserve note was created, seven other currencies came to and left the forefront. Since 1913, however, our society has been tricked into the notion that the USD is untouchable and there’s no basis or precedent for other standards. Through this crash course in American currency, we see that this isn’t actually the case. Our nation went through many “changes of the guard” with respect to money; Federal Reserve notes are the most recent development and were created as a way of promoting a central banking system.

So, what’s the problem then? According to James Surowiecki of The New Yorker, banks are in the business of banking, which is risky. The Housing Bubble that burst in 2008 gave the nation pause as to how much we can really rely on our federally-backed institutions. What’s more troubling is the common theme across nations with respect to housing bubbles – Spain and Ireland both faced similar problems along with the accompanying economic fallouts. Since the 1970s, banks have extended themselves (i.e., lent too much), which has led to three separate banking crises before the great housing bubble hit in the late 2000s: the sovereign-debt crisis, the S&L debacle and the commercial and business real-estate bubble of the late 1980s. Furthermore, most people may not realize that most money that we get from banks is borrowed from other banks. This creates an interesting (and dangerous) web; if one bank fails, there is a domino effect on other banks.

In an age where there is distrust of government and leadership, the people have turned to a new regime – that’s what I call Cryptocracy. Every great movement in the history of our species has seized upon “the right timing.” I’ll allude, once again, to religion. Mormonism was one of the many sects from the Second Great Awakening, the period of Protestant religious revival. Christians were rejecting skeptical rationalism and deism; instead, they were embracing the super-natural, emotion and enthusiasm. Upstate New York was called, the “Burned-Over District” because the region was swept over by the flames of the Holy Spirit (Gopnik, The New Yorker). John Smith’s followers stood by him, despite their persecution, mainly because of the thrill of believing in a wholly American revelation.

Perhaps society is looking for the thrill of a wholly new currency during its lifetime as well, or perhaps people are simply sick of relying on institutions to dictate what kind of money they should use. Whatever the impetus, the public has turned to a new God, and in very Game of Thrones-esque fashion, they’re choosing the God that speaks most to them. Will Bitcoin (the Old Gods) prevail? The Jon Snow fans of the world may empathize with this position – it was around first and has been consistent throughout this entire ride. Or will Ethereum (the New Gods) eventually take the stronghold? There’s a soft spot in all of us for the Lannister family, at least for Jaime. Or maybe Litecoin (the Red God) will prove us all wrong and eventually end up on top? Slow and steady often wins the race, but not in ways that we can always predict. Melisandre could have a trick or two up her sleeve.

Today, Bitcoin is trading close to $7,000. Ethereum is around $419 and Litecoin is at $115. Whenever an asset rises by 30% in a week’s time, people tend to pay attention. Sure, the currencies could be fads, hence my comparison of the cryptocurrencies to religions. The Greek Gods came and went, as did many Gods and religions that came before and after. Crytocurrency may add real value to our economic system, just as religion can add value through stabilizing or uniting a group of people. Digital currency has the potential to unify a globe, not just a region. The USD has little value outside of the United States, Zimbabwe, Ecuador or other parts of the world that accept the USD as its official currency. With digital currency, state, party and national lines do not matter. As we’ve seen through the complicated process of printing money, the Government can change its mind with respect to our banking system and the kind of money it chooses to print. It’s easy to shut down a bank; it’s not so easy to shut down entire servers.

So here comes a day when the people are in charge. We no longer want to listen to the demigods of our ancestors, or accept the laws of our government when bureaucracy continues to disappoint. Though the Dimons of the world may reject the beliefs of the masses, Cryptocracy likely is here to stay.